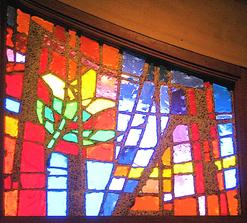 Reuben (MANDRAKE) brought this flower, and ancient symbol of vigor and sexual potency to his mother Leah who soon conceived. 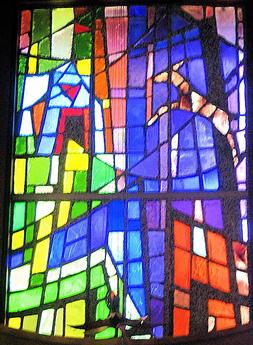 Dan (SNAKE), literally means “to judge”’ is portrayed as a snake who will wreak vengeance on the nations of the world.


Judah (LION) is likened to the king of beasts. This metaphor is most apt as Kind David was descended from this tribe.

Issachar (DONKEY) one of the minor tribes, is compared to “strong-boned ass” suggesting a people satisfied with its lot in life, willing to accept its burdens. 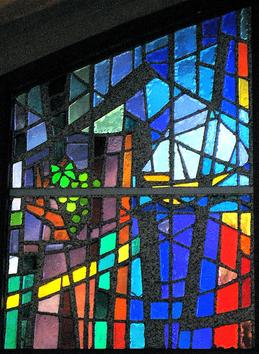 Joseph (GRAPEVINE) is called a “fruitful vine”, a token of the prosperity which Joseph deserved.


Zebulun’s (SHIP) hereditary portion was not far from Israel’s northern seacoast. Zebulun was thus destined to be “haven for ships.” 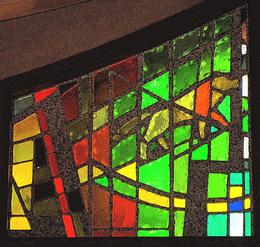 Benjamin (WOLF) is likened to a “ravenous wolf”, perhaps a reference to the tribe’s warlike nature.

We are fortunate to have a beautiful sanctuary with extraordinary stained glass windows designed and executed by Jan Ooms Von Diestelhoff at the Lamb Studios in Northvale, NJ. The windows represent the story in the book of Genesis when Jacob delivers a blessing to his twelve sons. Embedded in this blessing are symbols which have come to represent the tribes of Israel, descended from Jacob’s children. Mr. Von Diestelhoff utilized these ancient symbols of our people in designing our windows.  Below is an explanation of each of these symbols next to the window it represents. (From left to right in the sanctuary). 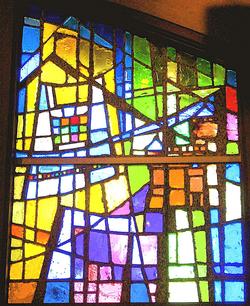 Levi (BREASTPLATE) the forefather of the sacred personnel, both kohanim and levi’im, who served in the Temple of old.


Simeon (CITADEL) is castigated for their “weapons of violence.” Their lawlessness merited a curse from Jacob. 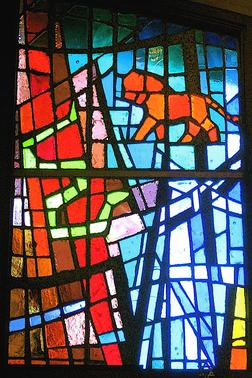 Gad (ENCAMPMENT) was situated on Israel’s eastern border and is cited for military valor in dealing with its reading neighbors. 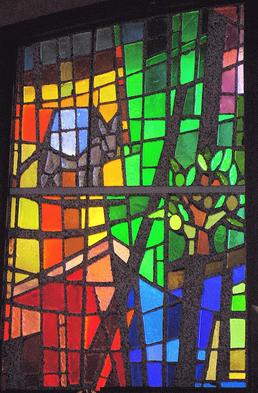